92 nominees and laudators of the 70th German Film Awards 2020 were connected to the broadcast from home via MCI’s vMix systems during the live broadcast on April 24.

The 92 nominees and laudators were switched directly from their own homes to the 130-minute live broadcast as so-called “callers” via their own devices (laptop, tablet…).

Wolfgang Hanke, Head of Media Operations and Mobility at rbb: “MCI designed and manufactured a functioning solution within a week, so that we were able to test the new production form extensively for the on-air date during rehearsals.

Each of the three vMix systems was assigned to a category and included in a split-screen presentation with the corresponding nominees and laudators. For this purpose, the nominees and presenters received a link and, similar to a video conference, dialed into the sub-director directly on the corresponding vMix Pro system via their web browser client. One category could thus already be prepared two categories before the actual live switching (calls, sound & picture check and final briefing for the “moment”). 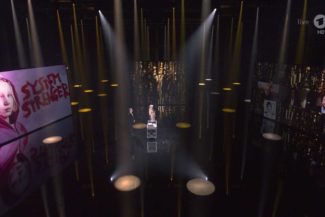 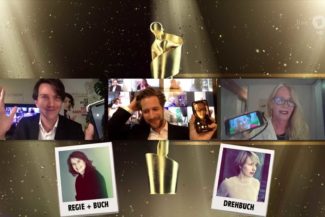 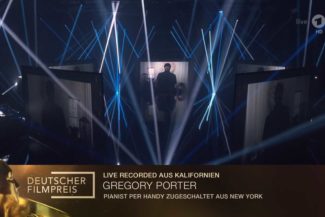 The 3 subregions for connecting the external participants were each equipped with a vMix Pro workstation and AJA Corvid Capture card as well as a production-specific configuration. In addition, there was an average system. Each system was supervised by two operators and editors, whereby the editor was in direct contact with the laudators and nominees. In total there were 19 categories with up to 8 participants. The systems themselves, were connected via fiber to the rbb OB van in an N-1 concept. In the event of an interruption of the Public Internet, the dialed-in participants could still be included via audio codecs.

Fabian Röttcher, Solution Architect at MCI: “The excellent cooperation between the German Film Academy Production, MBTV, rbb, Studio Berlin and MCI and the will to break new technological ground led to the success of this year’s broadcast concept of the film award.

Inspired by the technical feasibility of such a large system, MCI is currently developing a “self-explanatory streaming solution” to enable live switching in a far-reaching and technically straightforward but fail-safe manner.