MCI designed and supplied with the new Ross Ultrix Acuity System, the technical heart of the new UHD HDR OB van of Crosscast GmbH, which is responsible for outside broadcasts as part of the MMC Group.

The UHD HDR OB van has been in use since 27 February for the successful RTL production “Let’s Dance”. A double novelty, because the German

production by Seapoint and BBC Studios Germany, in cooperation with MMC Studios Cologne, is not only the world’s first of the successful “Dancing with the Stars” format to be produced in UHD, but also the Ultrix Acuity System integrated in the OB van is a world first and is being used in Germany for the first time.

The MMC Group is one of Europe’s largest studio providers for high-quality television and film productions, has over 27,000 sqm of studio space on its own 157,000 sqm studio site and offers pre-production, production, live broadcast and post-production as well as on-location services.

Jens Wolf, Managing Director MMC Group: “Since February we have our own UHD HDR OB van, so that we can implement productions of all types and sizes in our studios as well as on location with our own resources in this new TV standard.”

To meet the increasing demands for flexibility and cost efficiency of on-location, remote and cross-media productions, Crosscast GmbH, with the help of Ross Video and MCI, built a future-oriented OB van in record time, which is ahead of its time with its technical possibilities and can serve as a blueprint for future OB vans. 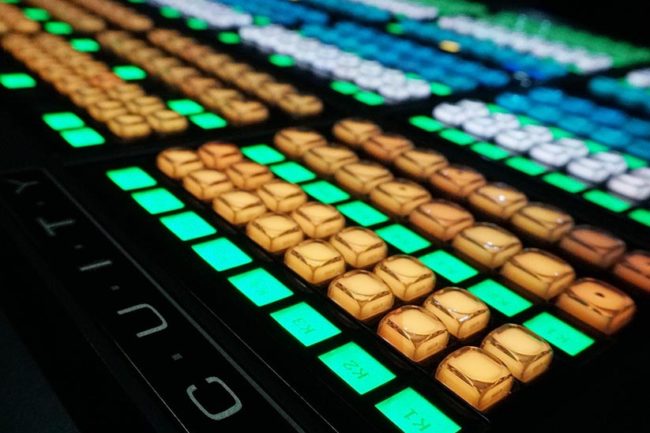 The Ultrix Acuity system not only combines image mixing, routing and MultiViewer, but also offers audio mixing, frame synchronisation and audio embedder/de-embedder together in a space-saving all-in-one solution that has what it takes to have a lasting, groundbreaking influence on the field of live production.

Flexibility was the focus of the development of the new Ultrix Acuity. By connecting the image mixer and router as a complete solution that communicates latency-free via the internal bus, tedious router cabling is a thing of the past. This not only saves time, but is also economically efficient. The Ultrix Acuity enclosure in the new UHD HDR OB van from Crosscast, including two redundant power supplies, takes up just 7U in the rack and thus more than lives up to the title of “space miracle”.

Nicolai Gajek, Sales Manager at MCI: “Especially in space-constrained production environments, it is important to use devices that are space-saving and effective. With the Ultrix Acuity, we are going one step further. The system has already been designed for future production standards and interoperable networks common signal formats in a single device.”

Thanks to a flexible architecture, Acuity natively processes all common signals from broadband to fibre to SMPTE, can mix them interoperably and transmit HD and UHD in parallel. The integrated Ultrix FR5 has 9 modular slots that can be equipped with SDPE, (U)HD-BNC, IP and SFP blades depending on requirements. Thanks to the plug-in system, the blades can be exchanged ready for use in a few minutes and the signal I/Os of the Ultrix Acuity can be adapted to different conditions. 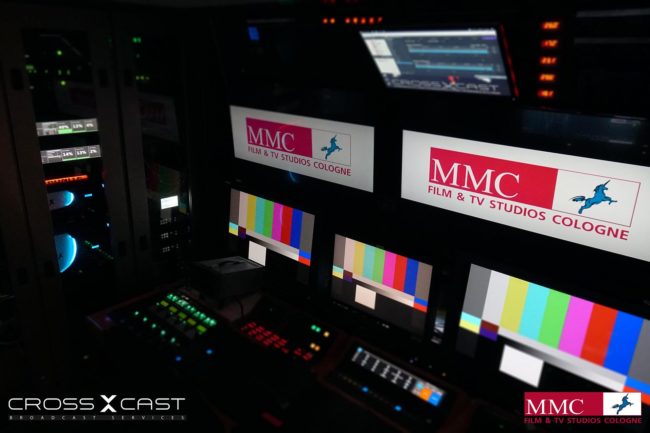 The focus here was above all on the requirements of future structures of modern broadcasting. Thanks to the scalable properties of the Ultrix Acuity, Crosscast’s new UHD HDR OB van can be integrated into decentralised IP structures and thus for the first time offers the possibility of sending video signals simultaneously to different receivers without cumbersome distribution structures of additional transmission detours.

Compact on the outside with flexible architecture on the inside, the new Ultrix Acuity system is designed for tomorrow’s production. With the investment in a new UHD HDR OB van, with the flexible possibilities offered by the Acuity system, the MMC Group is equipped for cross-media smart productions in the increasingly diverse TV segment.

Brilliant images in UHD and high-quality sound from Crosscast’s new OB van can currently be watched every Friday at 20:15 on “Let’s Dance” on RTL. MCI wishes the MMC Group every success with the next UHD productions and everyone else a lot of fun with an incomparable UHD enjoyment.